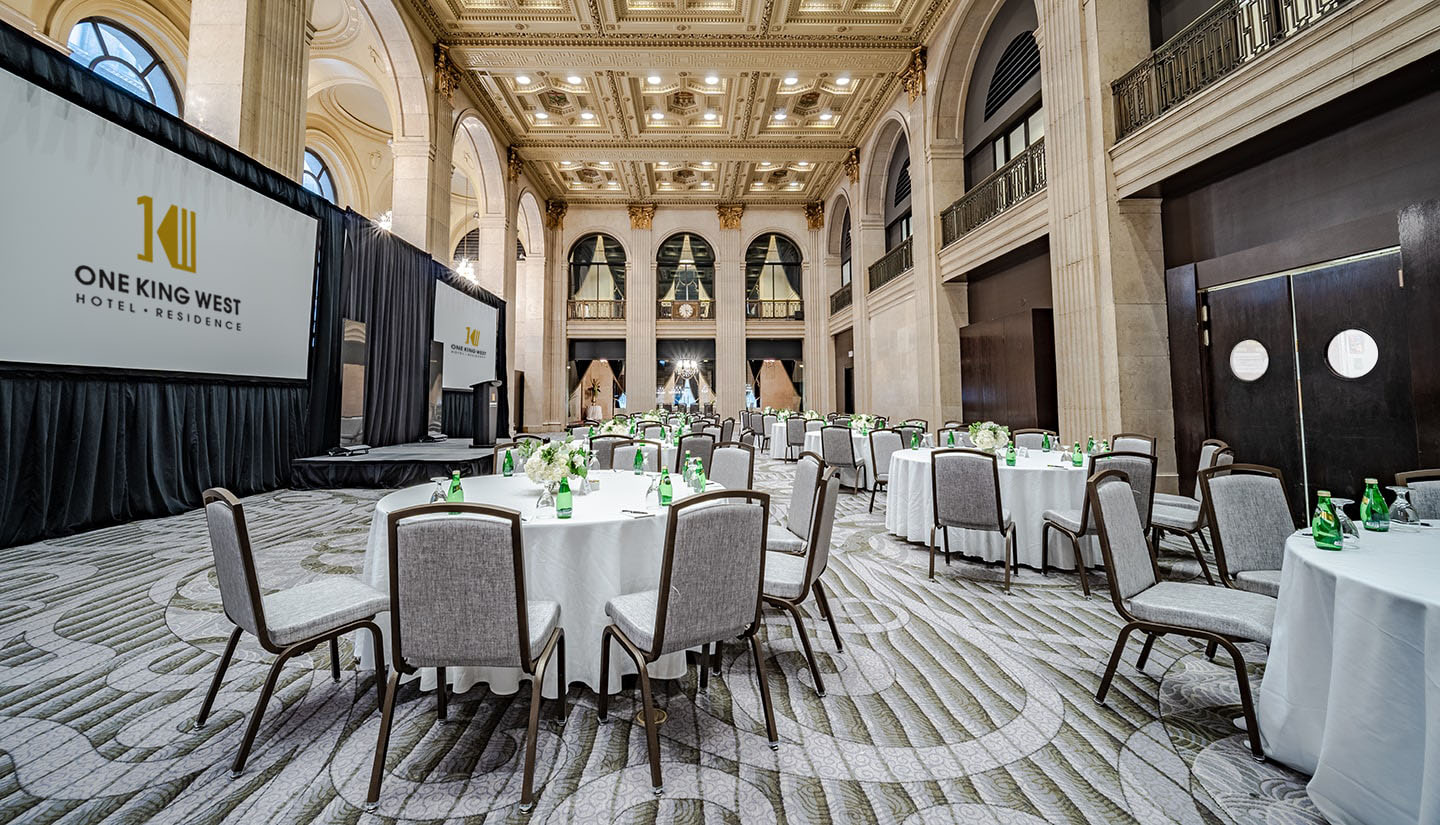 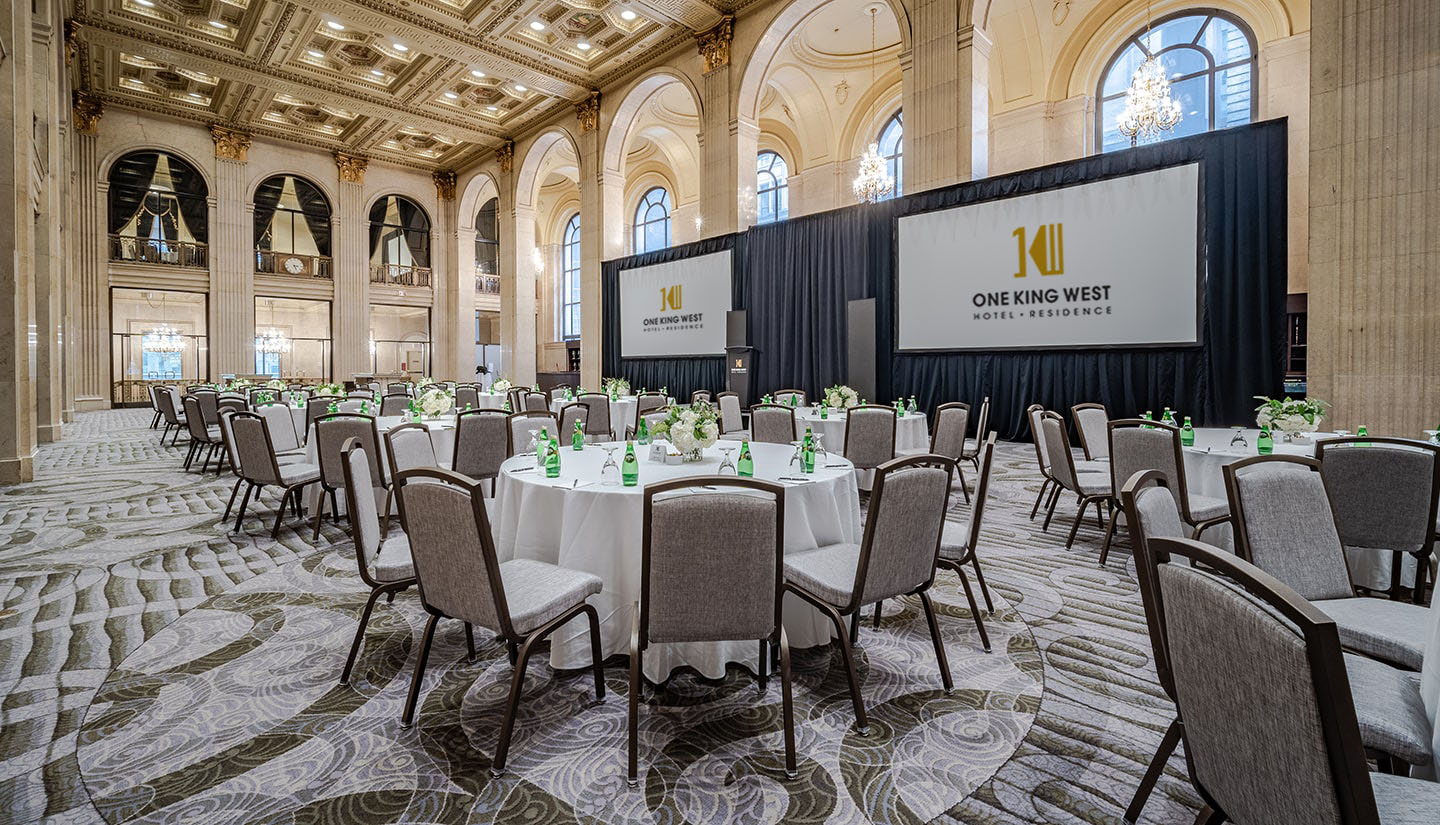 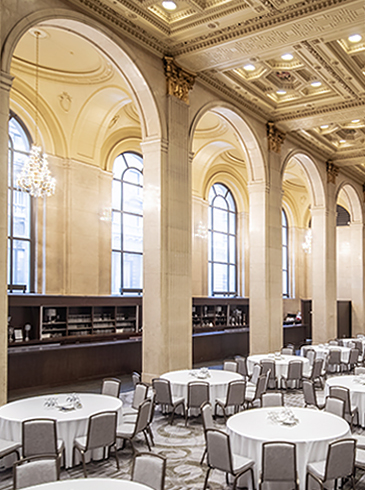 Separating itself from any of Toronto’s other historical venues are the distinctive and awe-inspiring large windows and columns adorning the space. These provide the defining ‘grand’ statement of the Grand Banking Hall. 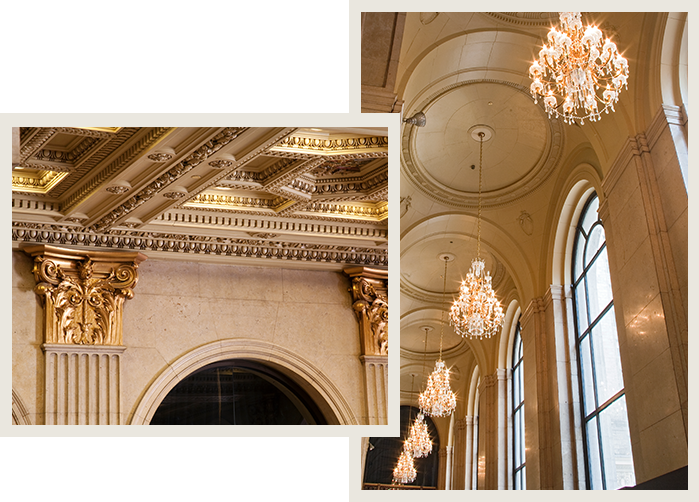 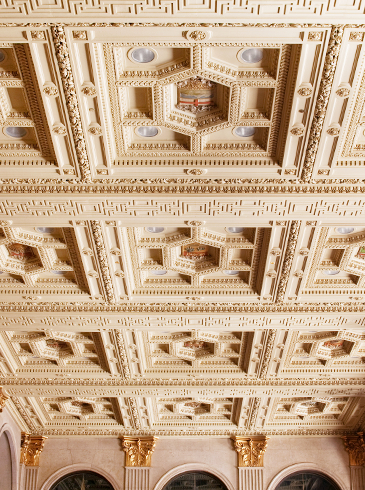 Each of Canada’s provinces has a unique and distinctive shield emblematic of its geographic features and natural resources. These emblems are carved into the ceiling as a historical treasure unique to the Grand Banking Hall. 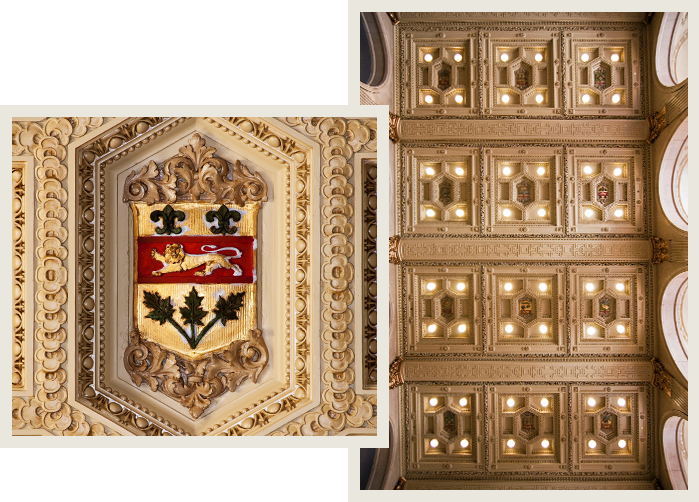 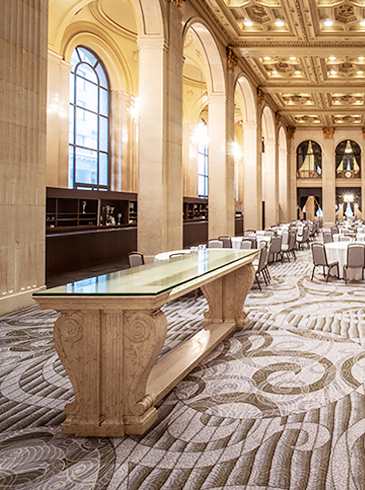 Preserved and restored to its original glory, these century old tables harkens back to suits, starched collars and the clicking of adding machines, just another accoutrement reflecting the artistry and dignity of the Grand Banking Hall. 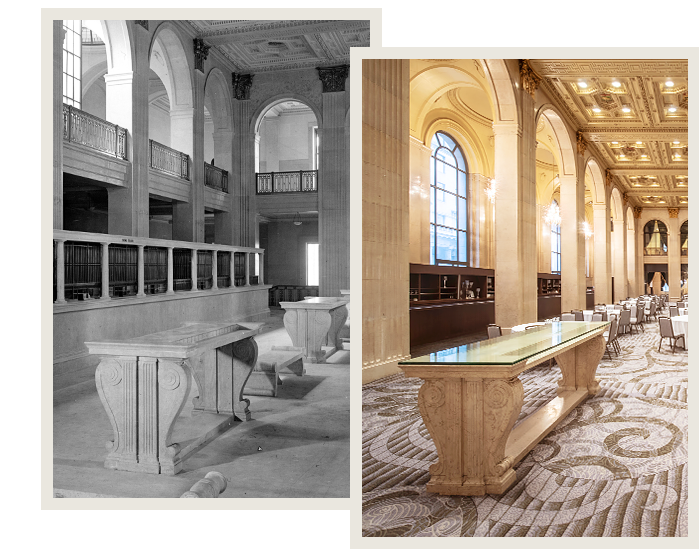