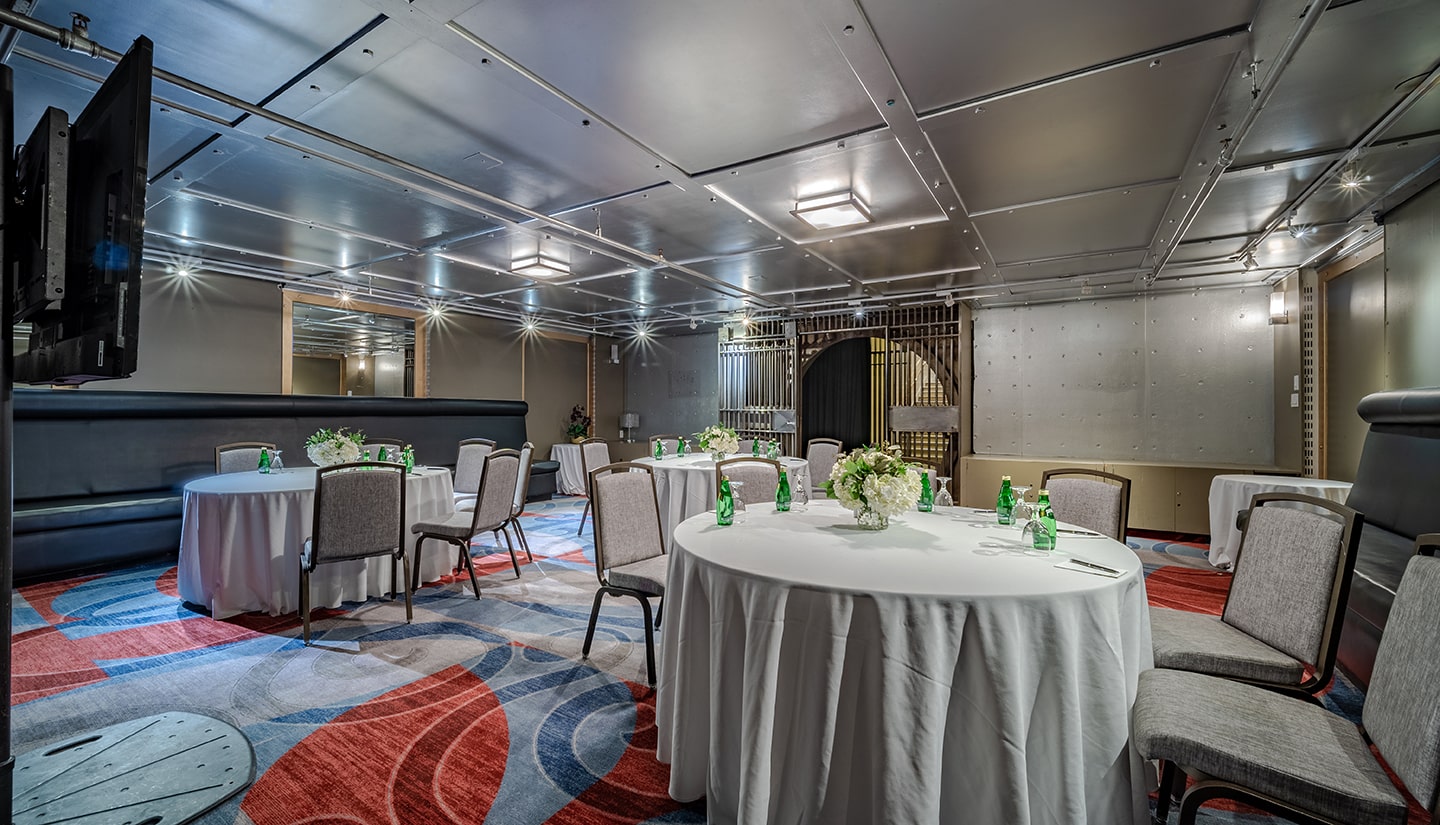 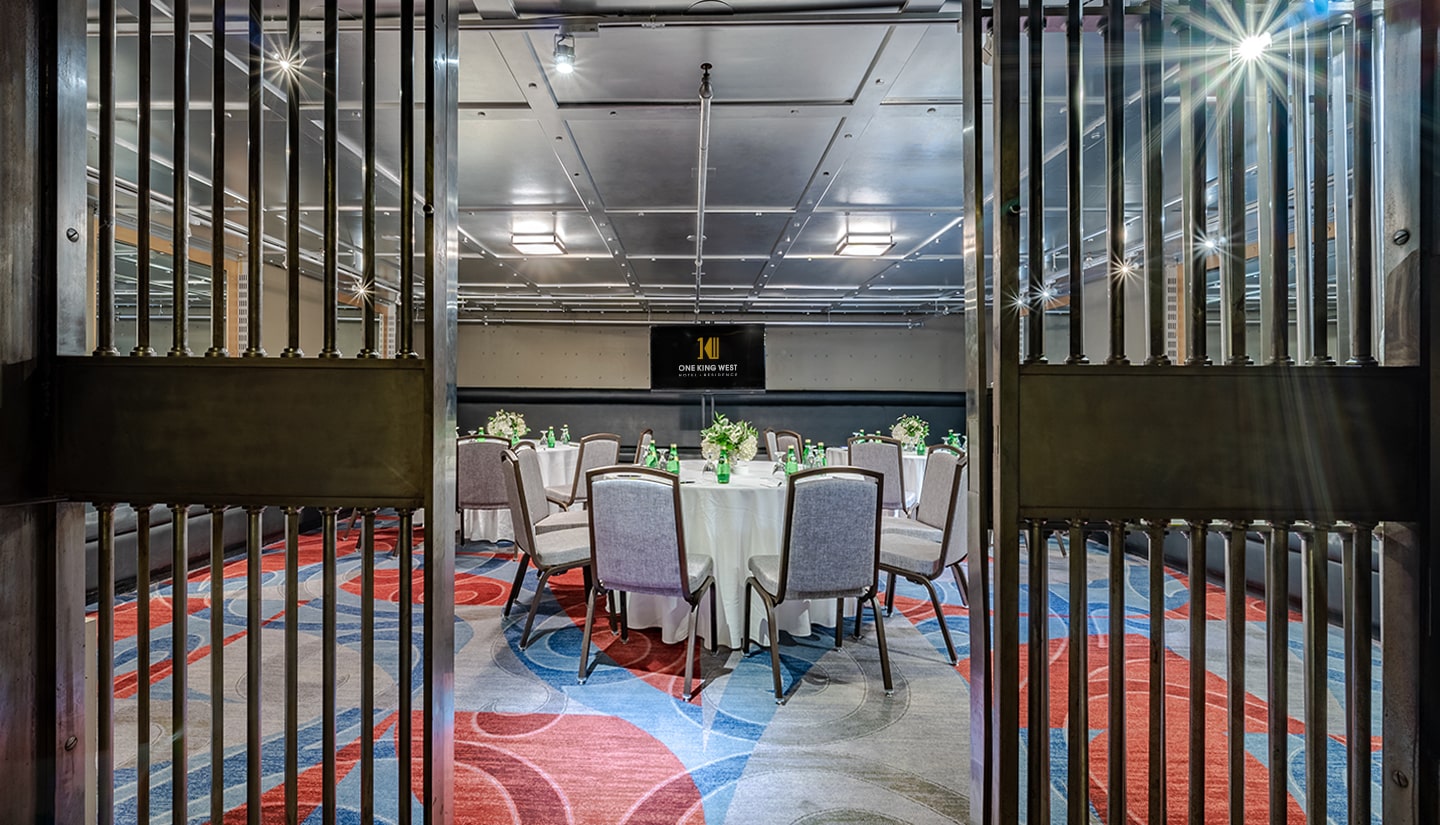 Built directly into the bedrock in 1913, the vault features an incredible 4-foot thick steel door that weighs 40 tonnes, yet can nonetheless be moved with a single finger. Perfect for pre-reception cocktails or small corporate parties, the Vault is accessed by a sweeping marble staircase in the centre of the hotel’s lobby. 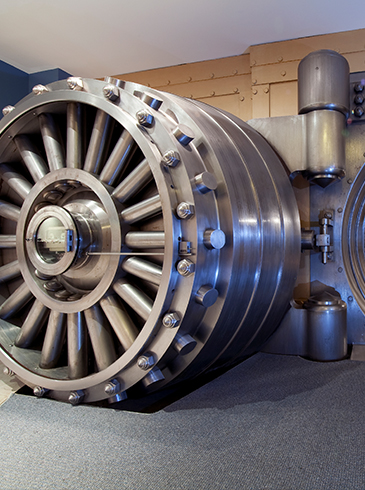 There are conversation starters and then there are show-stoppers. This vault door highlights perhaps Canada’s most unique venue space (and it still moves!). 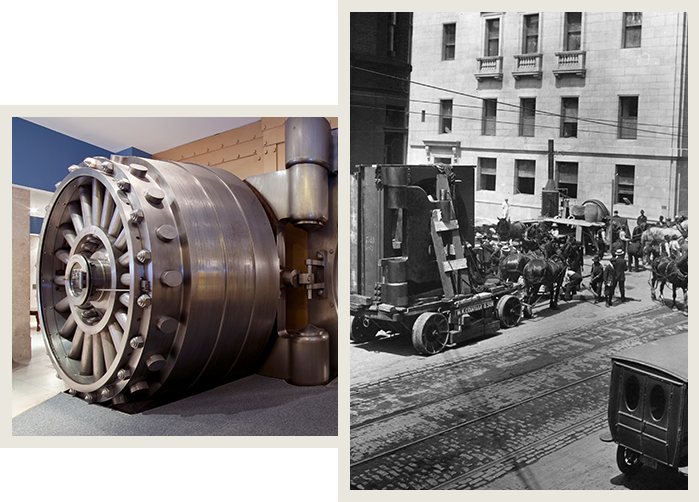 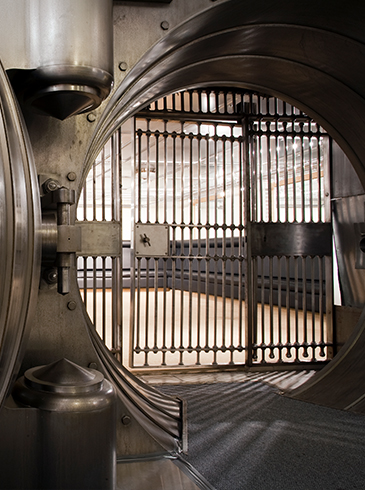 Set of films such as 'Red' and 'Jumper'

Set of films such as 'Red' and 'Jumper'

Unlike any other venue in the country, Hollywood has come calling many times using The Vault as a realistic setting for some notable films. 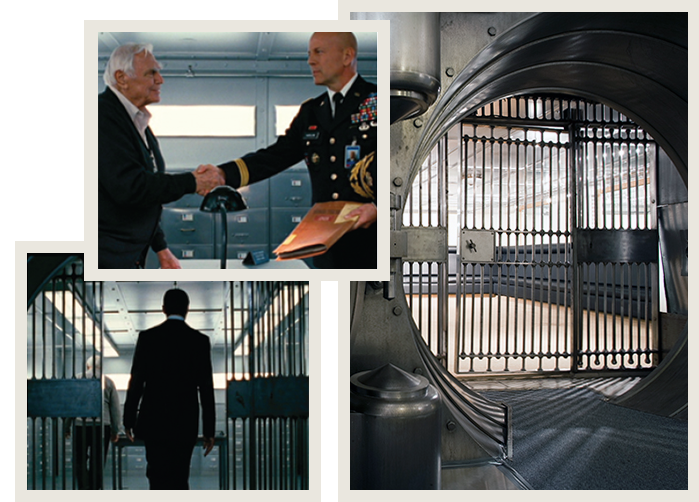 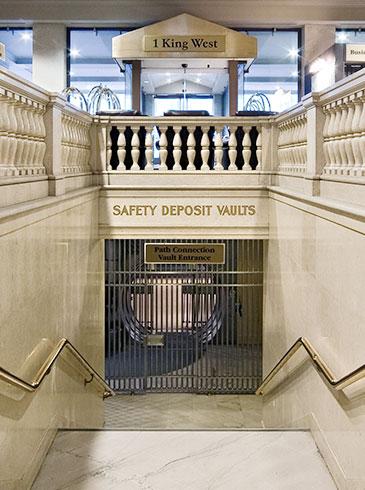 Once considered the safest bank vault in Canada

Once considered the safest bank vault in Canada

During the Depression, when cash was king, and people “robbed banks for a living”, none of the bad guys ever got into The Vault. Today, you are very welcome. 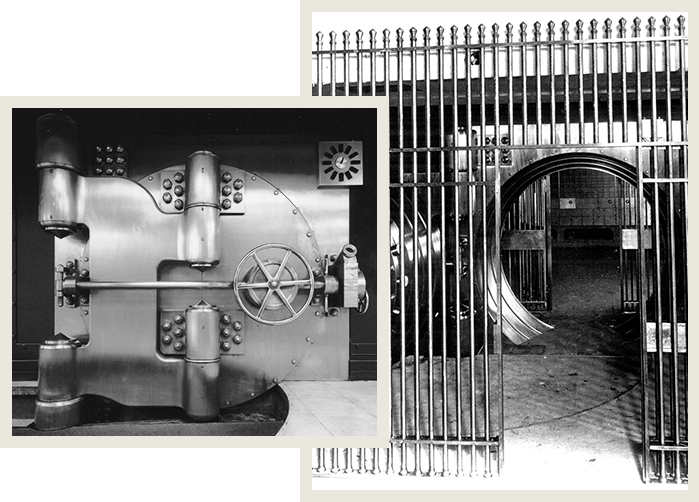