A Guide to Spotting the Celebrities at TIFF 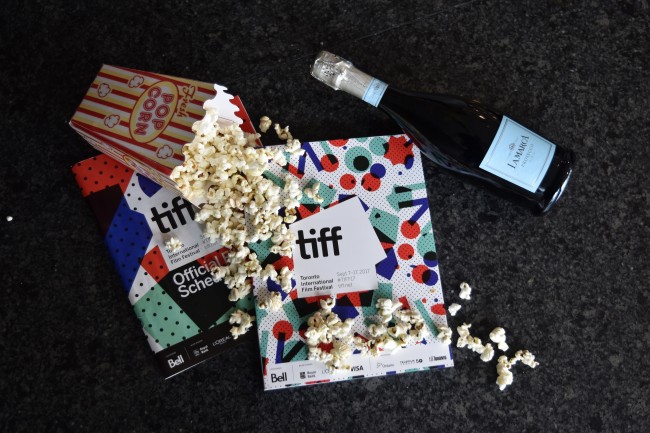 Lights, camera, action! One of the city’s most anticipated events of the year, The Toronto International Film Festival (TIFF) is around the corner and being a downtown Toronto hotel close to all the action; we could not be more excited. We have our cameras and selfie-sticks ready because there’s a whole slew of A-list celebrities making their way to the city to debut their new films and if we’re lucky, we might just get a picture with one of them.

Being one of the largest publicly attended film festivals in the world and attracting over 480,000 people, there’s always something thrilling going on over the course of this two-week event. As One King West is located right at Yonge and King Streets, we bring our guests steps away from the excitement while they enjoy the luxury of our suites and iconic building.

Whether you spot the celebrities at TIFF by rubbing shoulders with them at a screening or are shouting their names along the red carpet, just catching a glimpse of Angelina Jolie, Benedict Cumberbatch, George Clooney or Brie Larson means you had a pretty successful TIFF experience. In most cases, it’s a matter of being at the right place at the right time.

With some main events happening blocks away from our downtown Toronto hotel, we’ve made a point to highlight some key strategies to spot the celebrities at TIFF.

If you want the opportunity to catch more than just a glimpse of the stars, then your best bet is buying tickets to their film’s premier. You can actually attend these shows like you would a regular movie, except in this case, the cast is sitting in the audience with you! Often, some of the movie’s cast and crew will take the stage before the show starts to briefly discuss their final product. Although this is not a guarantee at every screening, the possibility alone is worth the cost of attending and worst case scenario, you get to see the world premier of a new film. Um yes please! Shows are being screened daily across the city at the TIFF Bell Lightbox, Roy Thomson Hall, Princess of Wales Theatre and many more which is ideal for guests of our downtown Toronto hotel as they are a brief walk or taxi ride away.

Hanging out along the barriers of the red carpet is a free way to spot the celebrities at TIFF and snap some photos, either of or with them; but ideally the latter. First, you should scope the festival’s schedule to see what movie is playing; where, when and with who. Then you have to show up pretty early to the venue to ensure the best view of the stars, which hopefully also means you getting that selfie with Matt Damon. Whether the show is at TIFF Bell Lightbox, Roy Thompson Hall or The Elgin Theatre, our downtown Toronto hotel brings you a walk away from these venues; making it the ideal hotel to stay at while you ‘stargaze’ over the two-week festival.

Lastly, if you want an opportunity to spot a celebrity at TIFF, and in this case, in a more natural habitat, head to shops such as Saks Fifth Avenue or Nordstrom located in the Eaton Centre. In reality, these stars are just like us and can’t resist a good shopping spree. Where better to do it at some of Toronto’s more high-class shops? With these stores only being a 8 minute walk up from our downtown Toronto hotel, you know we’ll be there scoping the scene. 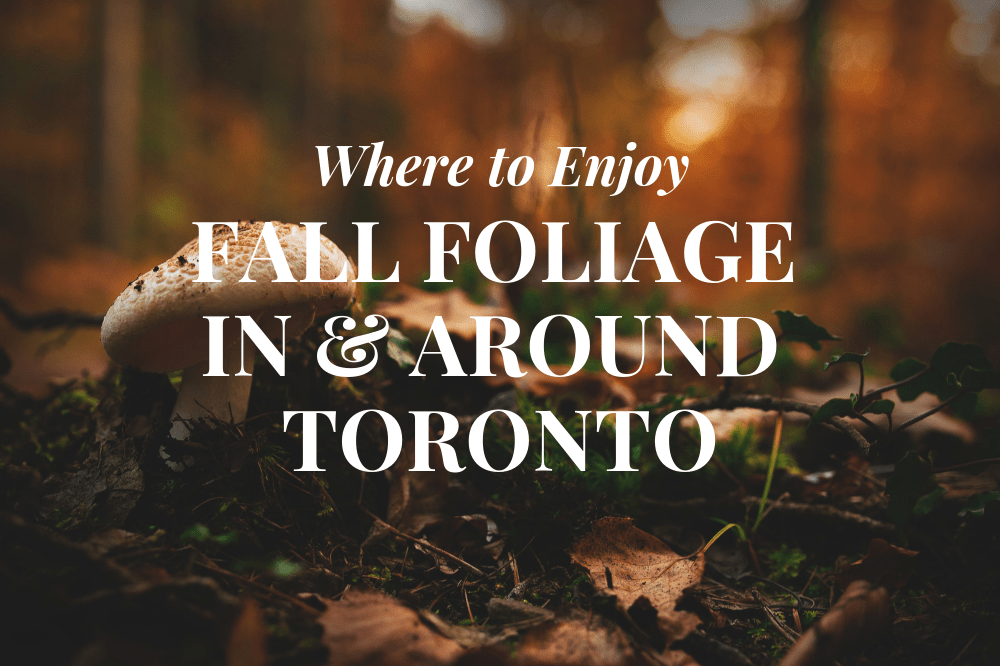 Where to Enjoy Fall Foliage In and Around Toronto

Although we’re sad to see summer end, the Fall is always something to look forward to in Ontario. If you […] 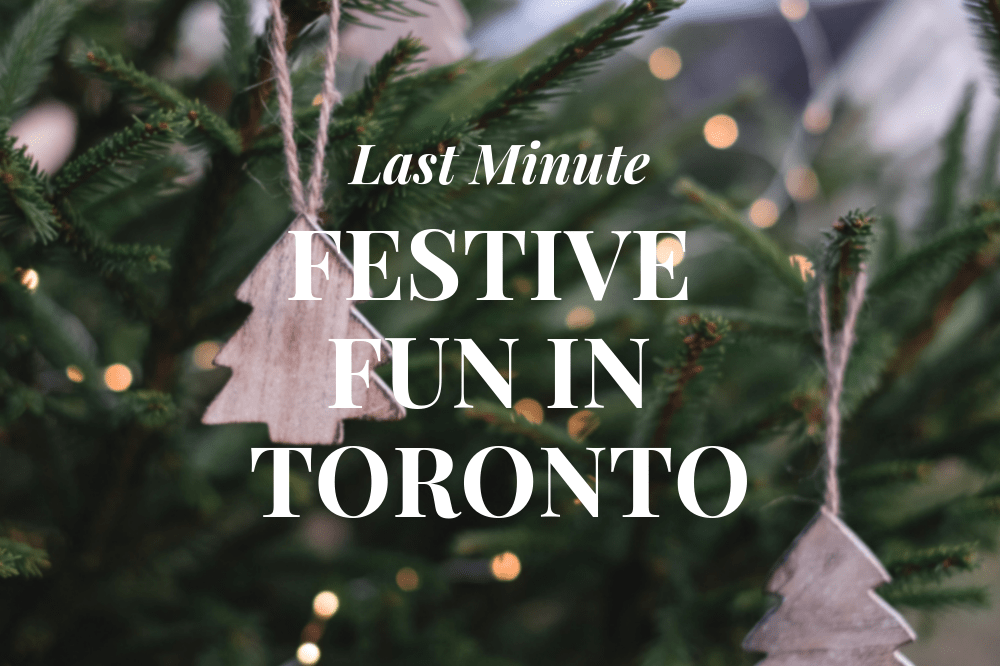 Christmas is around the corner and you’re still looking for some festive activities to keep the spirit alive? We get […] 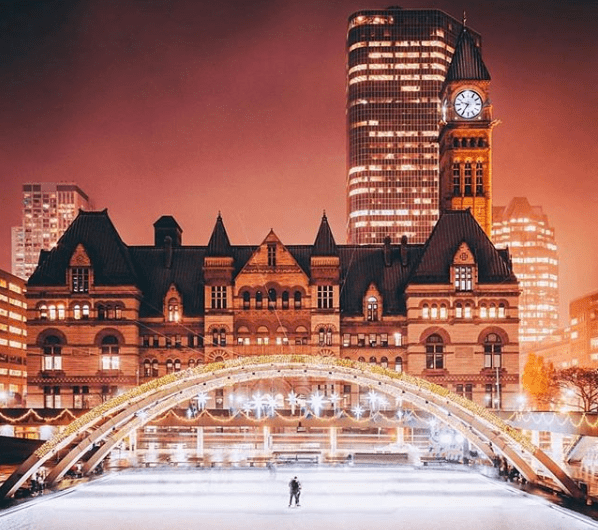 The Most Instagrammable Places in Toronto This Winter

Commerce Court One of the best places to take photos in Toronto, hidden amongst the Financial District skyscrapers is Commerce […] 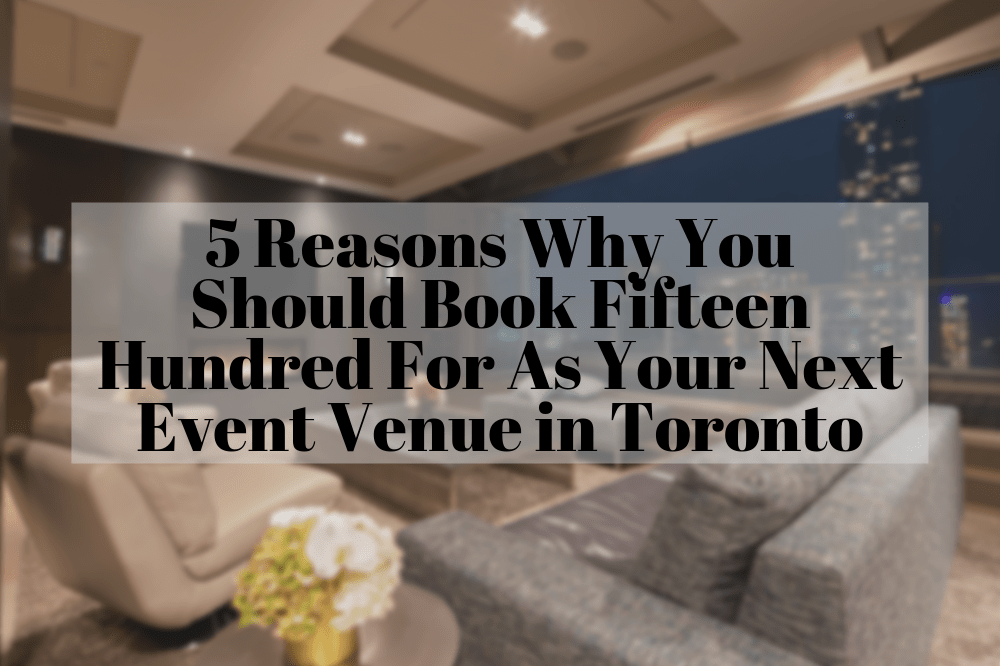 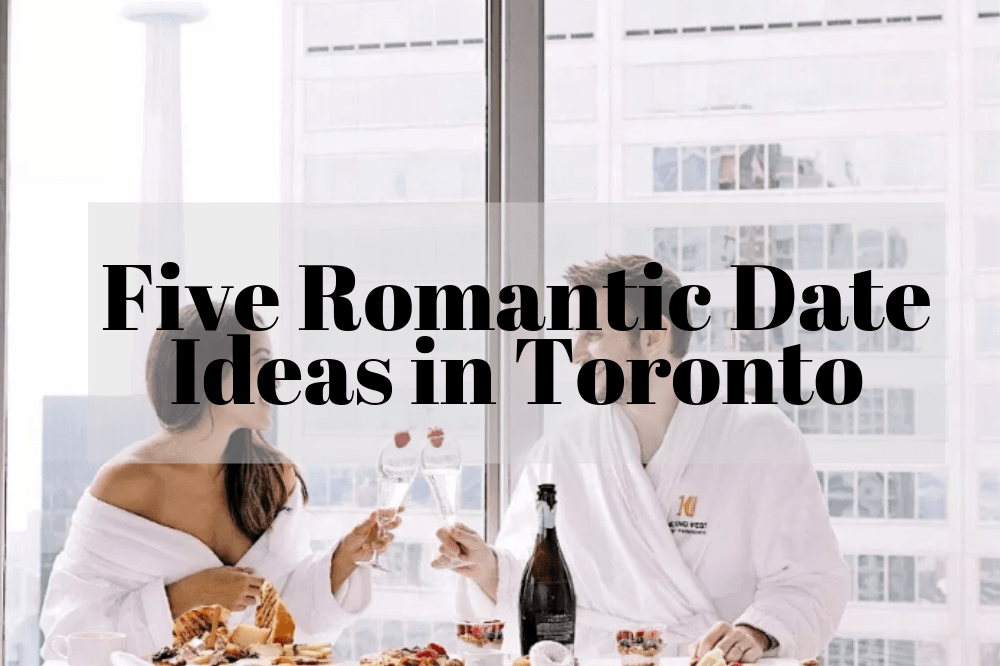 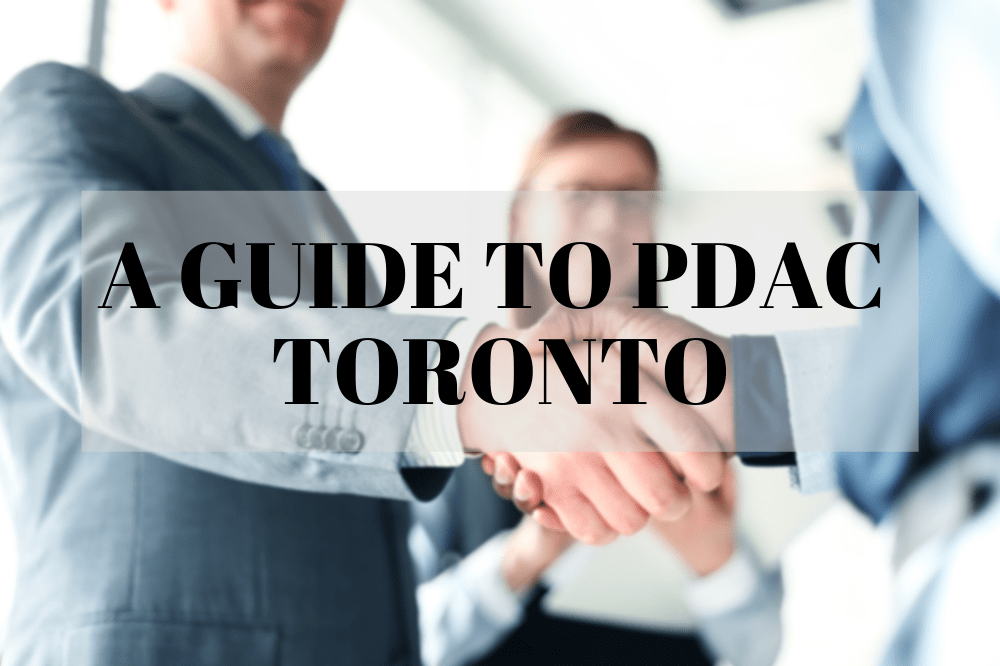 A Guide to PDAC at Downtown Toronto Hotel, One King West Hotel & Residence

A Guide to PDAC at Downtown Toronto Hotel, One King West Hotel & Residence The world premier mineral exploration and […] 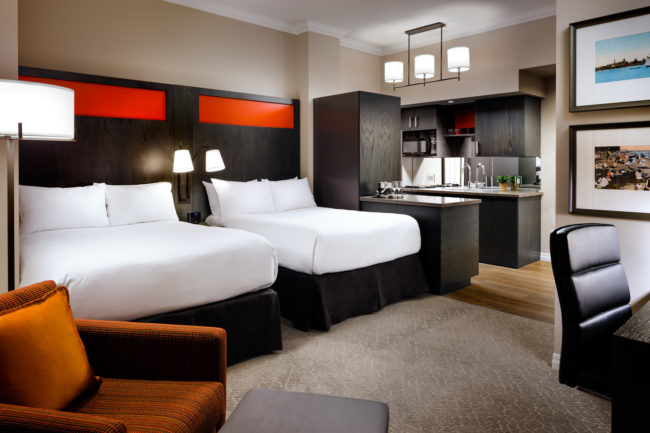 Things to do in Toronto For the Whole Family 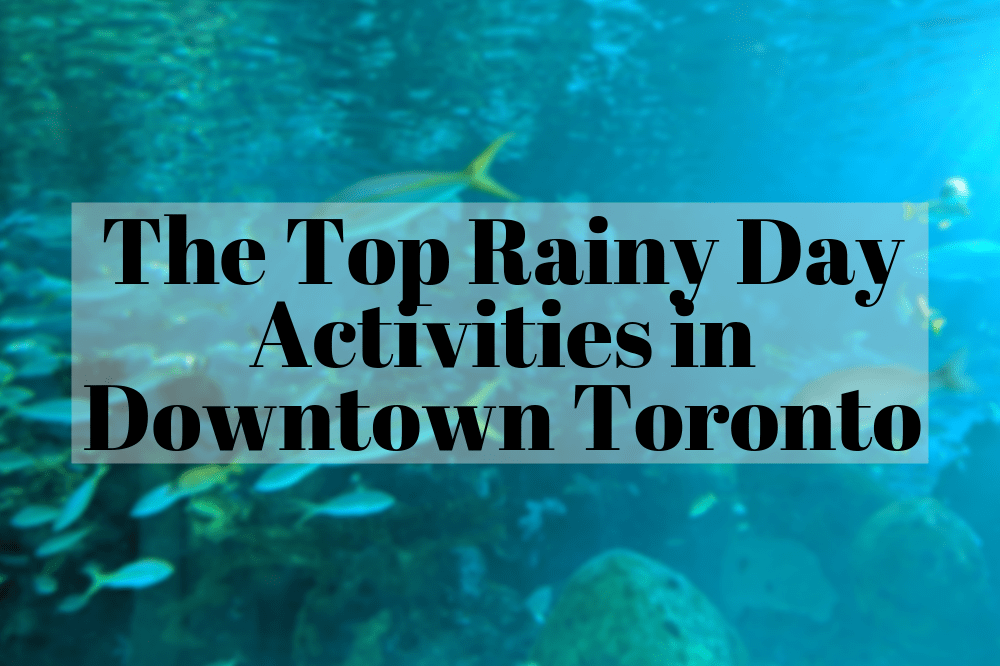 With Spring right around the corner, we can expect that we will soon be welcoming frequent seasonal rain showers to […] 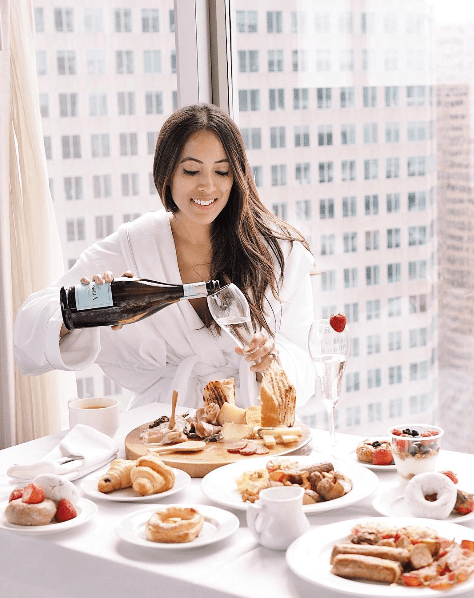 4 Reasons Why You Need a Staycation

By definition, a staycation is “a vacation spent at home or nearby.” A vacation is something that we’re all in […] 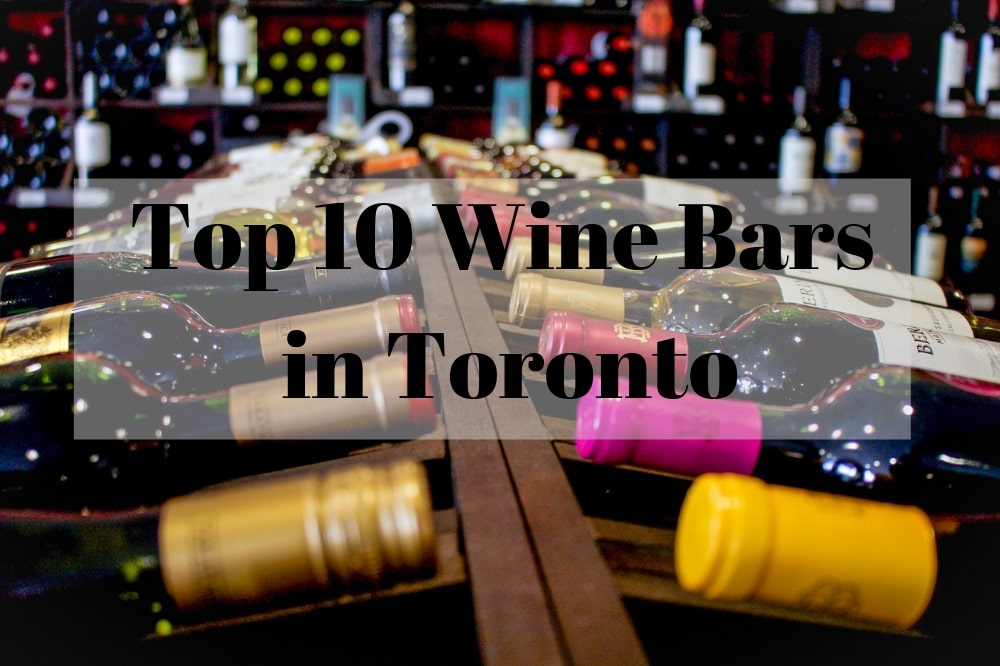 Are you in a need of a glass of vino this week? Luckily Toronto has a number of wine bars […] 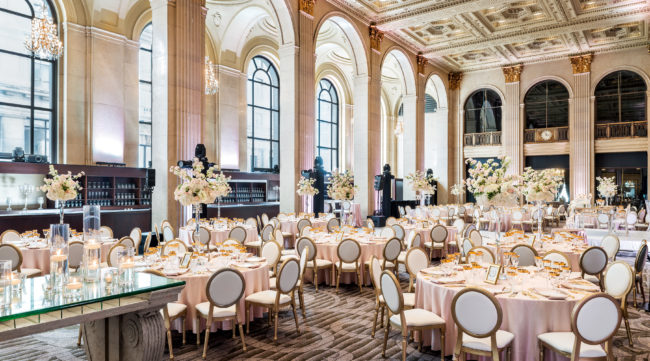 Friday and Sunday Weddings: Why They’re a Great Idea and Some Important Tips

There are countless details that go into planning your dream wedding. From the décor, to the cake, entertainment and food, […] 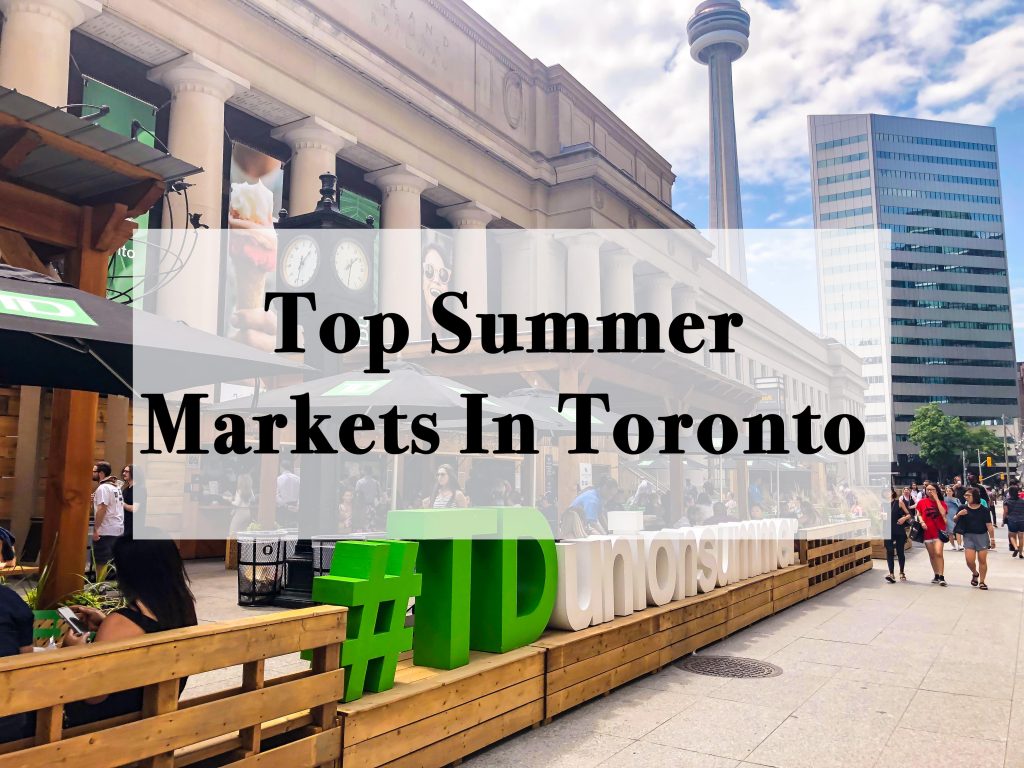 One of the best things about Toronto during the summer, not including the hot and sunny weather, is the number […] 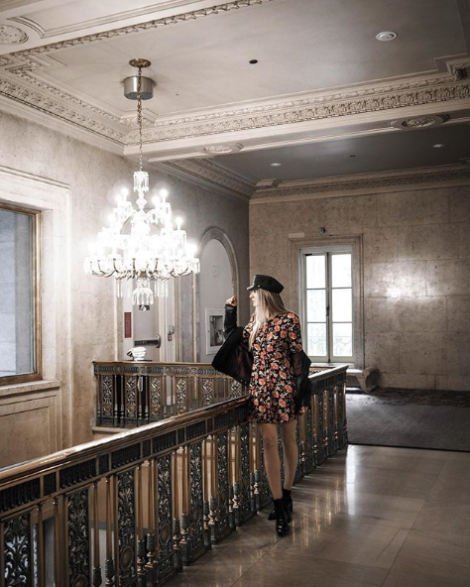 The Most Instagrammable Spots of One King West Hotel & Residence

As a heritage building in the heart of the city, One King West Hotel & Residence is home to stunning […] 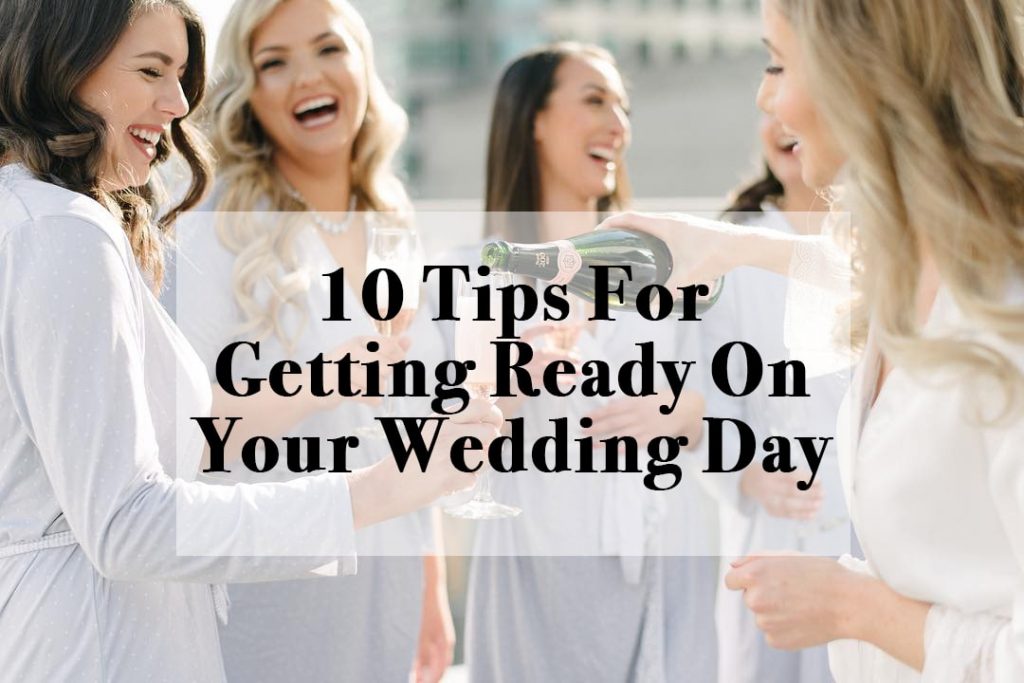 10 Tips For Getting Ready On Your Wedding Day

As your wedding day quickly approaches, there are a few things you need to prepare for before your special day. […] 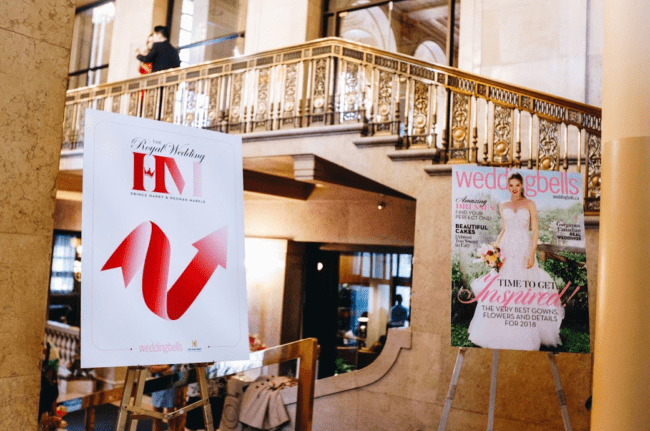 How to Host a Royal Tea Party: Ideas & Inspiration

THE INSIDE SCOOP INTO ONE KING WEST’S & WEDDINGBELLS’ ROYAL HIGH TEA… The most talked-about, anticipated Royal Wedding is approaching […] 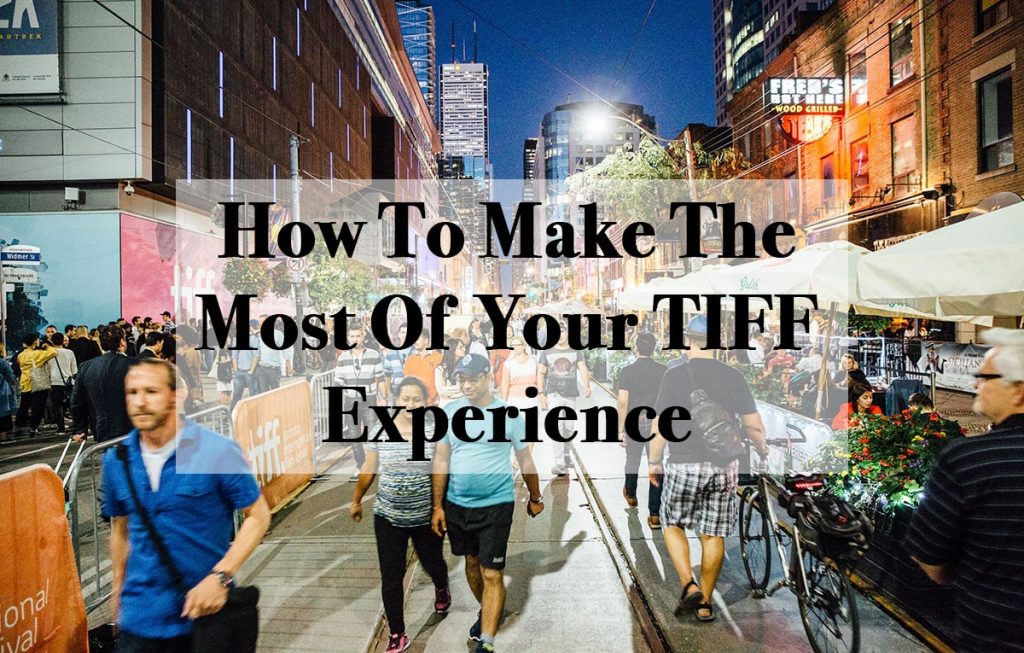 How To Make The Most Of Your TIFF Experience

The Toronto International Film Festival has officially begun in Toronto. From now until September 15, check out our top 5 […]

The Best Shopping in Downtown Toronto

Toronto is a city known for its culture, warm hospitality, a multitude of delicious cuisines and of course, great shopping. […] 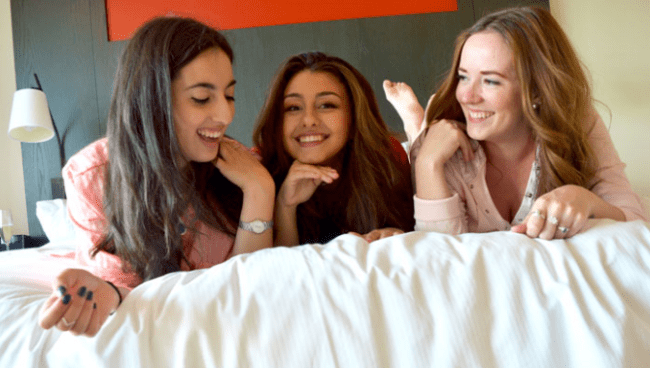 How to Spend a Girls Staycation in Toronto

Girls just want to have fun! Cyndi Lauper has never have spoke truer words. Here is how you and your girlfriends should spend […] 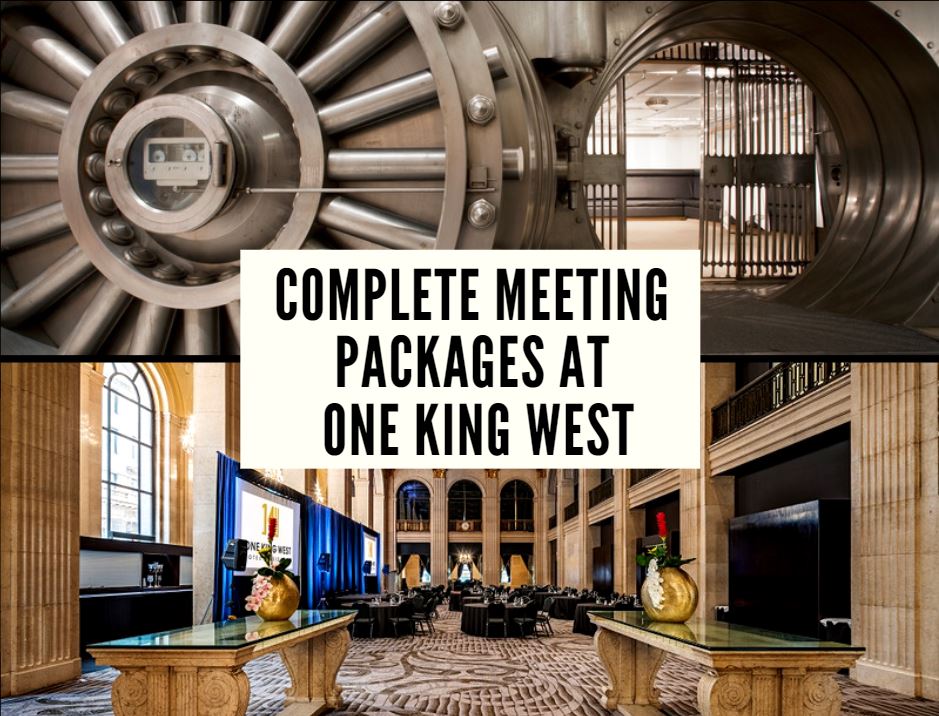 When organizing a conference or meeting, everything from the planning to the hosting should be as easy as 1, 2, 3. […] 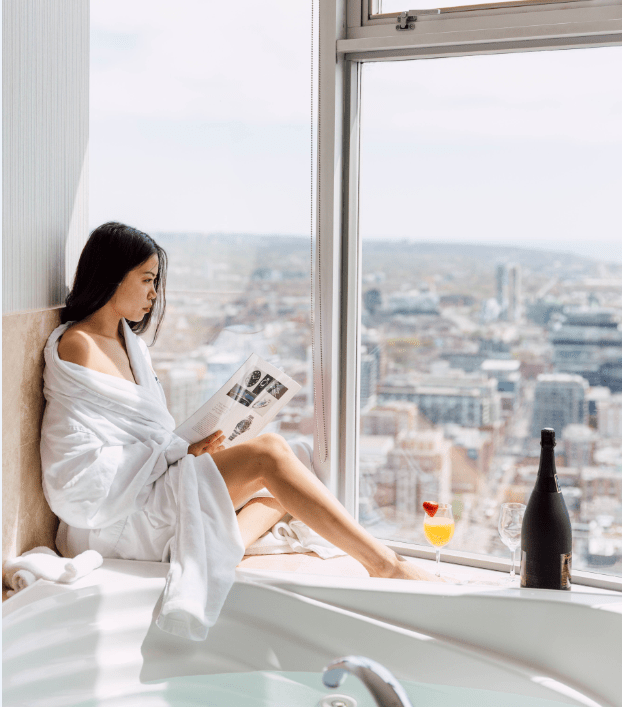 Thinking of travelling to Toronto during the warm months of summer but not sure when to come, where to go […] 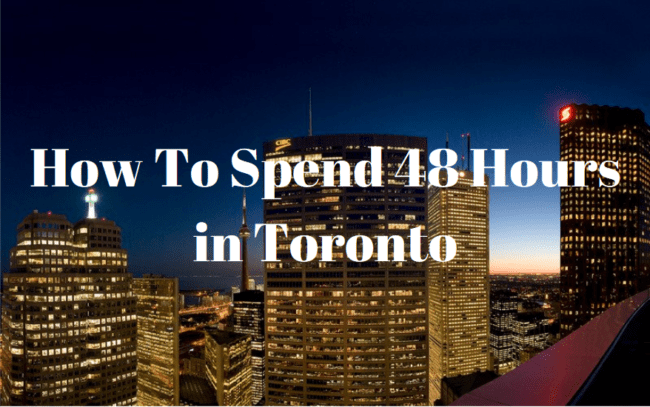 How To Spend 48 Hours in Toronto

3-5pm: Check-In to Your Hotel Check-in to a hotel that will position you near all the must-dos and must-sees of the […] 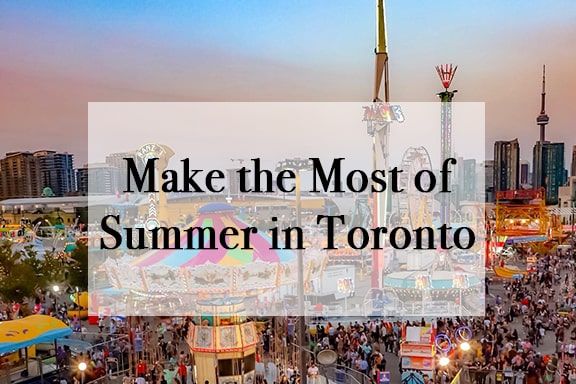 Make the Most of Summer in Toronto

We all feel it when we are halfway through August, and that end of summer feeling quickly starts creeping in. […] 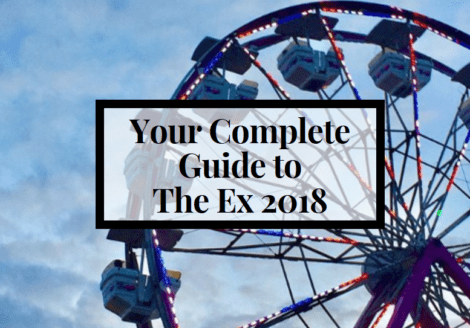 Your Complete Guide to The Ex

When: August 17th to September 3rd Hours: When Should You Go? If you’d like to save some money: If you’re decision comes down […]